Since ancient times, mbira has been considered a spiritual music often used for spiritual ceremonies and sacred rites. This tradition still exists in the present age, where even today mbira players are called upon for wedding ceremonies, funerals or harvest festivals. In the Shona religion, ancestor worship plays a major role, much like the Japanese. A spirit often descends to earth during an mbira performance, much like how people of Okinawa use the "Sanshin" during their traditional ceremonies to communicate with ancestral souls.

While mbira still has a very high spiritual importance in the Shona culture, many people of the younger generation are fusing mbira and foreign music to create a new style of mbira pop music. Some see this as a way for young Shona to connect with their ancestral roots, while some of the older mbira players with a high respect for tradition say: "This is not real mbira music." There are both pros and cons to this new generation of mbira. 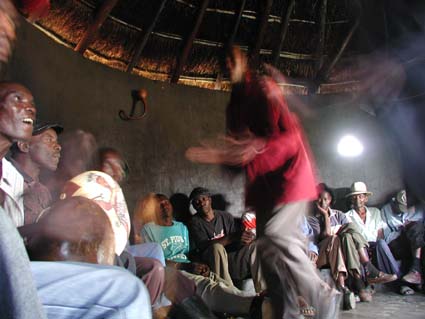